What’s on my iPad Pro?

As a big fan of Apple products, it would be fair to say I’ve owned a few in my time. iPods, iPhones, iPads, and Macs have all formed part of my working and personal setups, but one product that’s impressed me more than most is the iPad Pro.

As I’m writing this, Apple has revealed a new version of the tablet, but my 2018 version still offers more than enough power in a portable form-factor. I’ve reviewed it here, but today I wanted to focus on the apps I have on it. 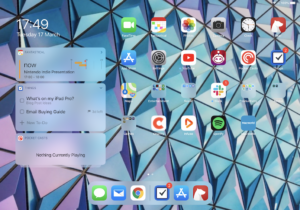 From the home screen, you can see I keep a few widgets to the left of the screen. There’s Fantastical for appointments, Things for my tasks, and Pocket Casts for podcasts. Then, there are the apps.

FaceTime, Photos, Camera, and plenty of others are stock apps, but let’s look at what else there is.

So, what’s in those folders? 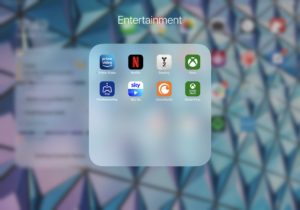 My ‘Entertainment’ folder is basically streaming services and gaming apps. Prime Video, Netflix, Crunchyroll and Sky Go are for video content, while the Destiny 2 app is to check in on my quests while I’m away from my console (yes, it’s a problem).

PS4 Remote Play lets me stream my PS4 to the iPad (I’m not entirely sure I’ve used it yet), while the Xbox Game Pass app shows me upcoming games I can play as part of my subscription. Finally, the other Xbox app is entirely for redeeming review codes so I can install things more quickly. 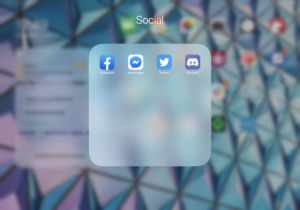 Ok, this one is pretty obvious – except maybe Discord, which I use for Gfinity work and one other client. 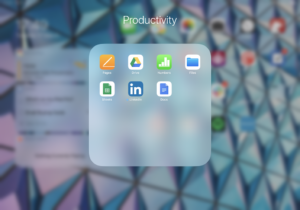 Now that I have the MacBook Pro I don’t use the iPad Pro for as much work as I used to. 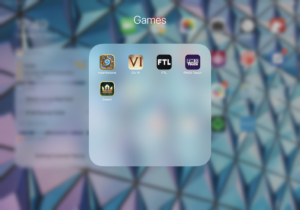 When the working day is done, it’s time to play some games. I’ve not played Hearthstone in some time, same with Gwent and FTL, but Football Manager 2020 Touch remains my favourite time-sink.

Finally, I grew up playing Civilization on the family PC, and having a full version of the latest game in the franchise on my iPad feels like a dream come true.

Fitting In Fitness (My Fitness Tech)

Hey everyone, it’s me again! How’s your apocalypse going? All is going well here, aside from climbing the walls a little bit wanting to get out...

Good afternoon all! As I write this, the country is experiencing a lockdown (that’s not being called a lockdown) in the wake of the COVID-19 pandemic...

How I Became A Video Game Journalist

For Medium, I wrote about something that plenty of people have been asking me – how I became a full-time video game journalist. Check it out here. 813&nb...