In a new series of original content, I’m finally commencing my Marvel Cinematic Universe Rewatch. This week, I kicked things off with Iron Man (2008).

Back in our old flat, I said to my partner “let’s rewatch the MCU movies from the start”.

“Let’s wait until we’ve moved”, she said. Well, the time has come. This week we watched Robert Downey Jr’s debut as Tony Stark, and despite being 13-years-old at this point, it remains as impressive as ever.

For these posts I’m going to skip plot recaps. Instead, I want to take a look at how the movie fits into the franchise as a whole.

Watching Iron Man now is essentially the blueprint for the majority of movies in the MCU. Origin story aside, it introduces some of the humour that would go on to separate it from DC’s own universe, some pretty spectacular special effects, and the idea that this world is bigger than the two-hour window we’re given to peer inside.

Rooting Tony Stark’s original story in a conflict that’s analogous to the conflict in Afghanistan still feels strange – the bad guys are very much cardboard cut outs for us to root against, but without any semblance of why. If “one man’s terrorist is another man’s freedom fighter”, there’s no such ambiguity here – The Ten Rings want to rule Asia. 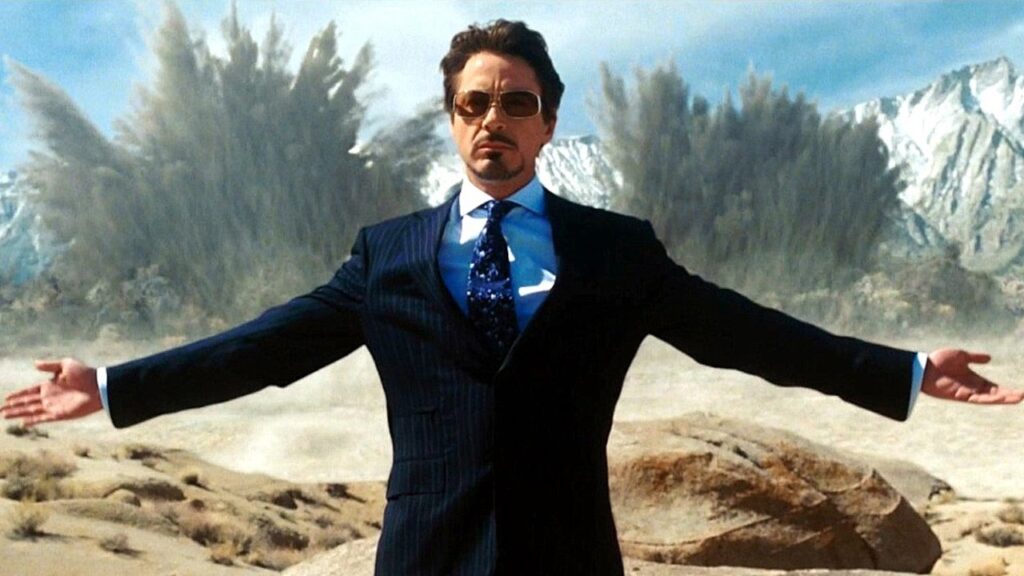 That aside, watching a much younger RDJ turn from billionaire playboy into world-conscious guardian angel always felt like a quick transition in the past. Watching again, though, it’s clear that while Stark grows as a person in this first movie, his ego is constantly peering through for validation. Even the infamous “I am Iron Man” at the end of the movie suggests an inability to let anyone else take credit for his work. What felt a bit one-note to me watching this as an eighteen-year-old first time around now has a bit more nuance.

That’s helped by RDJ playing the role he was born to play. He’s at once a man with an answer for everything and similarly as naive as a child, living in no small degree of ignorance.

Special mentions for Jeff Bridges’ Obadiah Staines and Gwyneth Paltrow as Pepper Potts. A hell of an actor to secure as a franchise-opening villain, Bridges is a pleasure to watch as he intimidates, connives, and ultimately shouts “Tony” a lot.

Paltrow, on the other hand, brings out the best in RDJ. Equal parts love interest and disgruntled employee, the two share a fantastic chemistry from the off. As her role grows in the MCU in subsequent entries, she’s at her best her – snippy and witty in equal measure.

Then there’s Jarvis, with Paul Bettany’s dulcet tones hinting at the actor’s later involvement that wouldn’t come to fruition for a few years, yet.

Finally, it’s worth noting that this movie really did set the blueprint for the MCU in terms of its look and feel. Stark’s holographic computer’s, for example, persist all the way through, as well as the contemporary setting shared by most entries.

The Iron Man suit looks as realistic as it possibly can, leaning into the nuts and bolts and painstaking development process. It’s an interesting take for a franchise that would go on to introduce actual gods, alien invasions, and a walking, talking tree.

We’ll be attempting to watch The Incredible Hulk in the coming days, so look out for my next MCU Flashback then.

Xenoblade Chronicles 3 reminded me why I used to love sinking into a JRPG back in my youth. Find out why at Dexerto....

For TechRadar, I discussed Apple Watch’s biggest achilles heel — and it won’t be fixed with watchOS 9. Check it out here....