My Favourite Games of This Generation

How goes it? With PlayStation 5 and Xbox Series X still (apparently) coming this year, I thought now would be the perfect time to look back on my 11 favourite games of this console generation.

I’m focusing on PlayStation and Xbox titles and skipping the Nintendo Switch, but honestly, I could easily put together a list of my favourite Switch games on their own.

Needless to say, this is based entirely on my opinion. It’s also in alphabetical order, as it’s too tough to rank! What do you reckon?

Call of Duty gets a lot of heat for often being too afraid to try new things, and 2019’s Modern Warfare doesn’t do a great deal to shake up the franchise’s campaign structure.

What it does offer is a total package: its campaign is solid, high-octane fun (if somewhat troublesome in places and focused on the macabre), its multiplayer is fully featured and continues to grow with new content being added for free, and while Spec-Ops isn’t the most exciting co-operative mode, the recent addition of Warzone (also available as a standalone) makes the entire smorgasbord one I keep returning to.

Memorable moment: The end cinematic of the campaign. I won’t spoil anything, but it’s definitely something long-time fans will appreciate.

Cheating somewhat here with two titles, but while Destiny 2 is my most-played game of the generation, it was the original that hooked me.

A loot-shooter played entirely online, I got into the first Destiny later than everyone else. By the time I’d really got stuck in, everyone was a much higher level than I was or had jumped out of Bungie’s shallow pool of content to play other games.

The Taken King bought plenty back though, and to this day it’s the closest I’ve come to falling in love with an MMO (although I’ve recently begun playing FF14). Once a friend at work introduced me to his lovable band of Guardians, I was raiding in no time.

I booked an entire week off of work for Destiny 2’s release, hitting the gym first thing and then proceeding to play it for hours on end. Perhaps unsurprisingly, the content dried up pretty quickly, and while my initial response to the sequel was lukewarm (despite plugging away at it for days), my love for Destiny 2 has grown as time has passed and Bungie has built on it.

Memorable moment: Completing my first raid, Crota’s End, with my group. The mix of action and puzzles is something that I’ve loved about Destiny ever since. 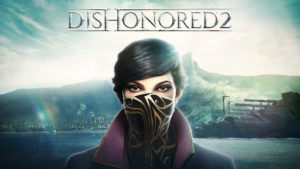 The first Dishonored is one of my favourite games of the PS3 and Xbox 360 generation and Dishonored 2 takes everything up a notch.

Two playable characters with their own skills? Check. Wildly inventive level design? Check. Each level much bigger than the original game’s? Yep, check that.

As much as I loved Corvo’s teleportation, I adored playing as Emily in the sequel. Being able to shuffle across rooftops, drop through balconies, and take out enemies with the minimum of fuss, it makes the original feel more like a proof of concept. It’s a crying shame that there’s a chance we won’t get a new game in the franchise, but standalone DLC “Death of the Outsider” is well worth a playthrough. 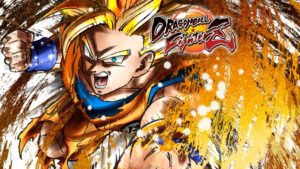 Other than Mortal Kombat, I’ve never fallen in love with fighting games. I like Tekken a lot and Dead Or Alive was a favourite when growing up, but none of them ever clicked for me in the way Dragon Ball FighterZ did.

The story mode is a slog if I’m honest, but in terms of its fighting mechanics, Dragon Ball FighterZ is close to perfection. Between ranged attacks, grapples, and a flexible super move system, there’s nothing like unleashing a huge attack when an enemy is least expecting it to finish the match.

Then there are the visuals, I mean, just look at it in motion!

In terms of games that hit me right in the feels this generation, I think FF7 Remake is the winner. A perfect blend of nostalgia and filling in the blanks that the technology necessitated back in 1997, it’s an incredible reimagining of one of the most formative games of my life.

As fun as it is to play (and combat is really special), it’s the characters that kept me returning time after day – even more impressive when you consider that the majority of the story was told twenty-three years ago.

Even for non-FF fans, I cannot recommend it enough.

Memorable moment: The battle theme crescendoing when fighting the first Scorpion boss and instantly being transported back to my childhood.

A stunning technical achievement, God of War is an incredibly special game that I need to play through again. Not because of its excellent combat or the fact that it’s one of the best-looking games on PS4, but because its narrative of a father looking to reconnect with his son is likely to hit me on an entirely new level now.

As I played through, I contemplated my relationship with my own Dad, and now that I’m a father myself, I feel like the game takes on fresh new meaning. Admittedly I’d be worried if I needed to reconnect with my son before he’s even a year old, but God of War’s look at paternal (and maternal) relationships through the lens of Norse mythology feel wholly unique in today’s gaming landscape, and a journey I’d happily take again.

Memorable moment: The first fight with The Stranger, which offers the best non-Superman “Superman fight” I’ve ever seen. 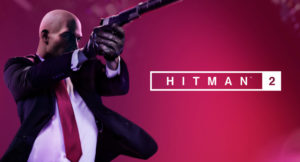 It’s no secret that the Hitman franchise is among my all-time favourites, and Hitman 2 feels like IO Interactive really hitting its stride.

Each level is huge and endlessly replayable, with players able to explore each and achieve objectives in dozens of ways. That’s always been the series’ modus operandi, but in Hitman 2 it reaches its zenith. There’s a racetrack, the slums of Mumbai, and an American suburb to explore, and you can import the previous game’s content, too.

Memorable moment: Sniping a target while they’re racing around the racetrack mission. It takes timing but is so rewarding.

I’ve been a huge Spider-Man fan since first watching the animated series as a kid, but it would be fair to say the web-slinger hasn’t had the best luck in movies in the time between Spider-Man 2 and the character’s arrival in the MCU.

Handing the character (and his rogues gallery, second only to Batman’s, don’t @ me) to Insomniac Games proved to be a stroke of genius. I loved the game so much, I finished the storyline in about three sittings at launch, but I still jump in on occasion just to swing through the streets of New York.

Insomniac nailed locomotion and animation in a way I’ve never seen a developer succeed before, translating Spider-Man’s agility and fluidity into combat and traversal with aplomb. A must play.

Memorable moment: The final showdown with the game’s main antagonist, followed by an epic post-credits stinger. 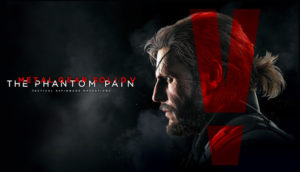 Disclaimer: I still haven’t finished Metal Gear Solid V.  I know that the story is, by all accounts, incomplete, but it makes the list based on gameplay alone.

As a fan of stealth games, options have been limited this generation, but Metal Gear Solid V is the gift that keeps on giving. A ridiculous number of missions task Big Boss with destroying targets, rescuing POWs, or assassinating someone, but the series ‘stealth action’ gameplay that ties it all together is second to none.

Planning a mission, failing miserably, and adapting on the fly is part of the charm – although the instances where everything goes to plan feel so rewarding.

Memorable moment: A rare instance of completing a mission with no fatalities and without being spotted, I infiltrated a base and extracted a hostage as if I was never there.

I picked up Monster Hunter: World around launch, and honestly, I didn’t think I’d get too into it – it released in January, and there simply wasn’t a lot else to play. How wrong I was!

I worked my way through the early game, settling on the Insect Glaive as my weapon of choice, and grew progressively more confident with its complex systems. By the time I bested my first Anjanath (one of the game’s early difficulty spikes), I was in love.

With the release of the Iceborne expansion, there’s so much content and the game just feels like it gets better and better. In many ways, it’d be my ‘desert island game’.

Memorable moment: Struggling to beat one of the game’s tougher monsters, I turned to the Xbox One’s “Looking For Group” feature and was guided through the encounter by three complete strangers.

JRPGs are a tough genre for me to jump into, given they often require dozens of hours that I don’t have. Persona 5 is one such commitment, and as such I still haven’t finished it.

That’s not entirely my fault, though. When playing the game, Frankie began to pick up on the story, eventually coming to love the loveable band of “Phantom Thieves” I was playing as. As a result, she’d watch me play – at least before Jackson arrived!

We’ve recently discussed picking up where we left off (around thirty or forty hours in), and I can’t wait. The game just exudes style, and just writing about it has me hearing the superlative soundtrack in my head.

Memorable moment: Defeating Kamoshida, the game’s first boss. A terrible human being, being able to bring him to justice sets up the game’s narrative perfectly.

The first Red Dead Redemption didn’t grab me, but this 2018 prequel sucked me in for around eighty hours and just did not let go.

An epic in every sense of the word, Arthur Morgan’s story had me utterly absorbed. Part of that is down to the incredible performances of the ensemble cast, while the seemingly impossible level of detail throughout Rockstar’s picturesque old west did just as much of the heavy lifting.

Memorable moment: The Van Der Linde Gang, riding in unison to close out the first third of the campaign, will live long in the memory – especially given the events that follow it.

Those are my favourite games of the generation, what are yours? Let me know on Twitter @lloydcoombes and stay safe!