What I’ve Learned About Fatherhood After 9 Months

Jackson turned 9 months old last weekend, and it seemed like a perfect time to look back on these first few months of being a Dad and take it all in.

In truth, it’s absolutely flown by. It doesn’t seem too long ago that we first bought him home, or that Frankie had to explain to me how to prepare his meals when she’s away. Now? It’s not always easy, but it always feels natural. 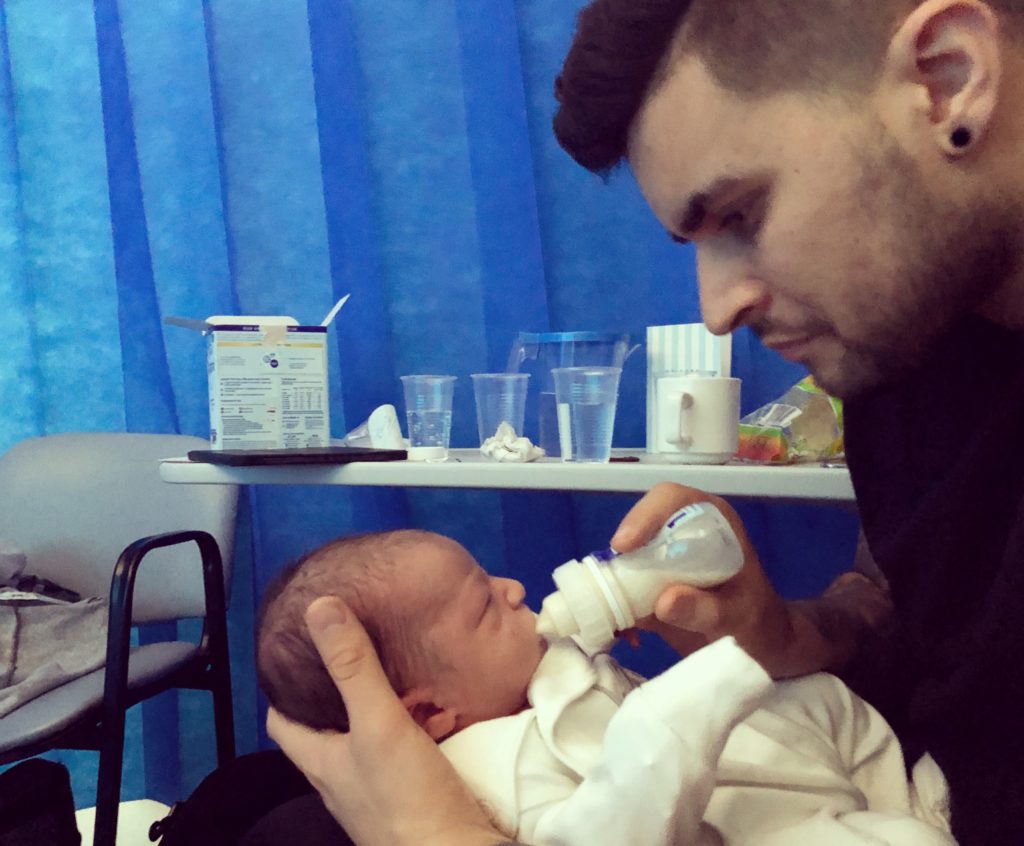 I’ll never forget seeing him come into the world. It was 20 minutes until midnight, and I felt my heart skip a beat as I held him for the first time. After an almost thirty-six hour labour, Frankie was exhausted, so when Jackson cried the nurses took him away so we could rest.

Frankie and I looked at each other and almost at exactly the same time said: “what now?”

Not five minutes later we heard a baby screaming down the hall, and we panicked – was that our boy, waking the ward at 2 am? It was only once we spoke to the incredible staff the next day that they explained that, no, it wasn’t Jackson. In fact, our handsome little potato-faced cherub had been passed around the staff room for cuddles and had fallen asleep in their collective arms.

That isn’t to say he hasn’t got a pair of lungs on him to rival his old man, of course. The first night we bought him home, about a week after he was born, he screamed the house down. We went for long drives, plied him with milk, and tried rocking him, but nothing worked.

We were so scared something was wrong that we took him to the hospital, only for the (very understanding) staff to tell us that he’s perfectly healthy but new parents always worry.

After an initial couple of months, things got easier. Seeing his first smile was a particular highlight, a smile that now greets us every single day when we pick him up in the morning, and every other possible instant he can. 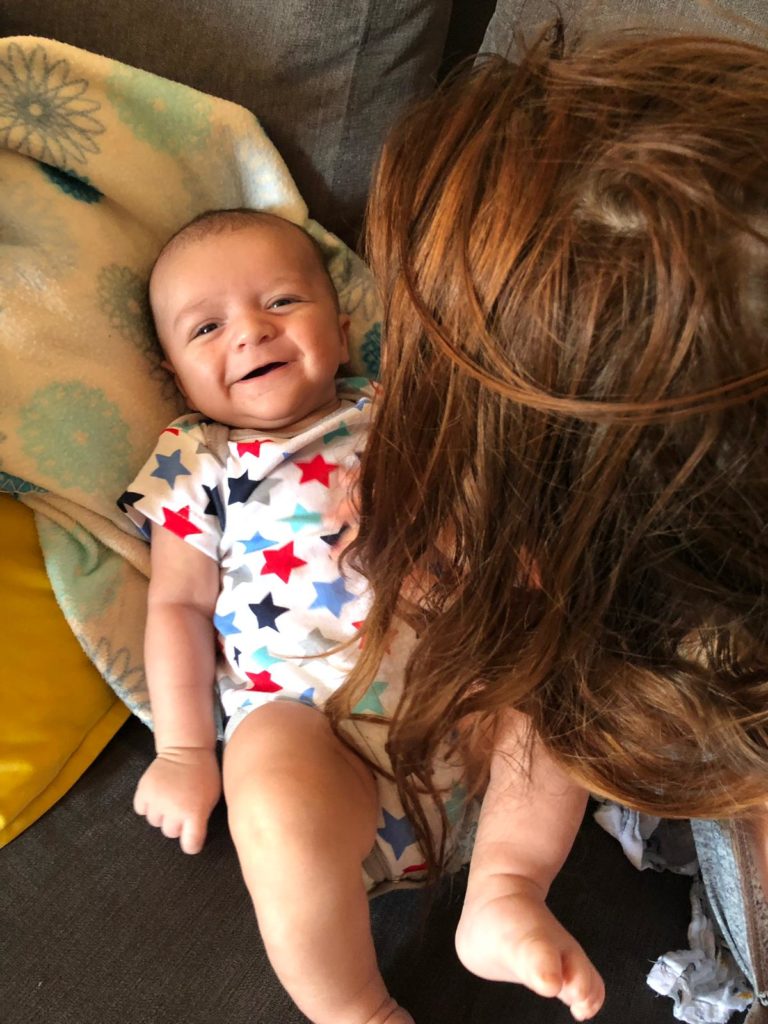 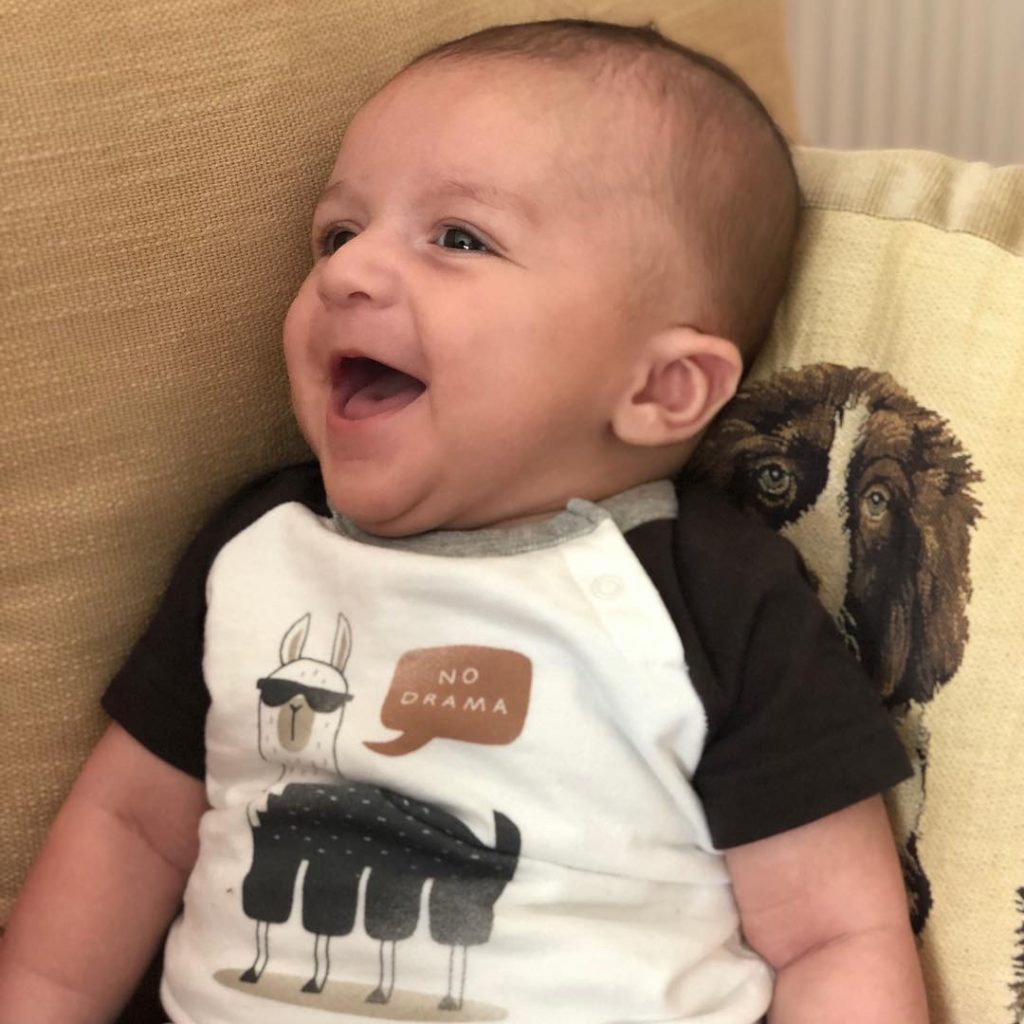 Once he began to sleep more soundly, we began to feel better, too. It takes a toll on new parents when they feel like ships in the night, sleeping in shifts, and it felt almost like being reunited after a long absence once you can enjoy the simple things like a glass of wine or a TV show together.

The best thing has been seeing his personality develop and come to the fore. He’s still teething, but he loves to brush his two little teeth (which, coincidentally, are nowhere near where he’s brushing in this photo). 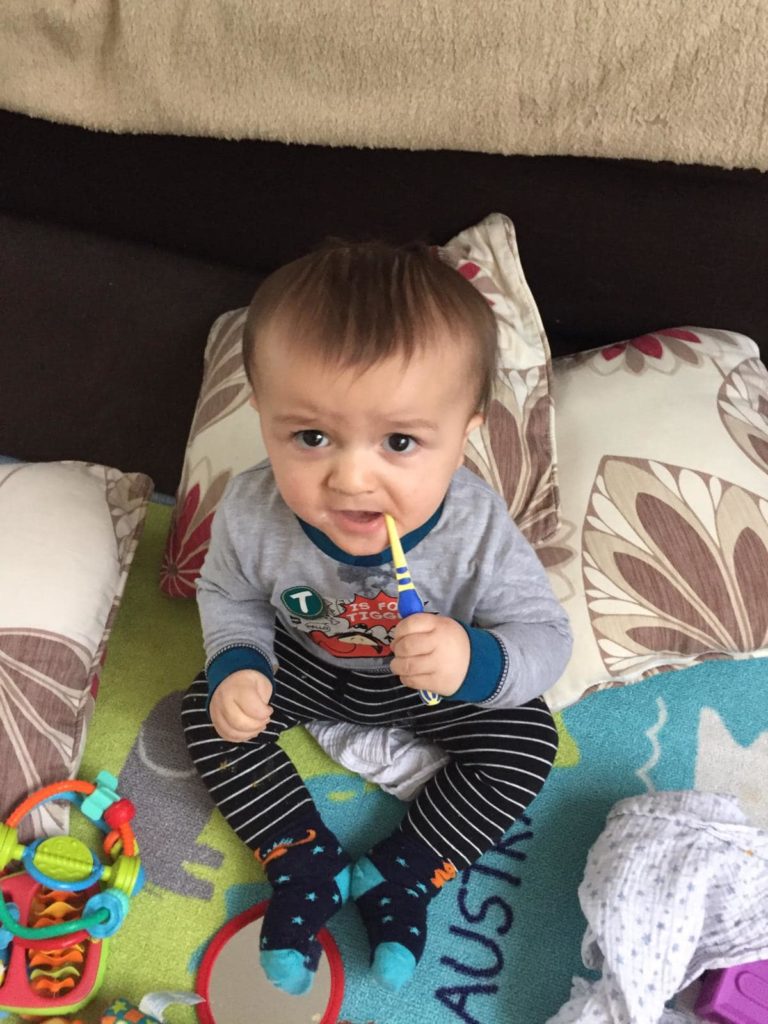 He gets tired but always wants to stay awake. He fights sleep every opportunity he gets, in fact. 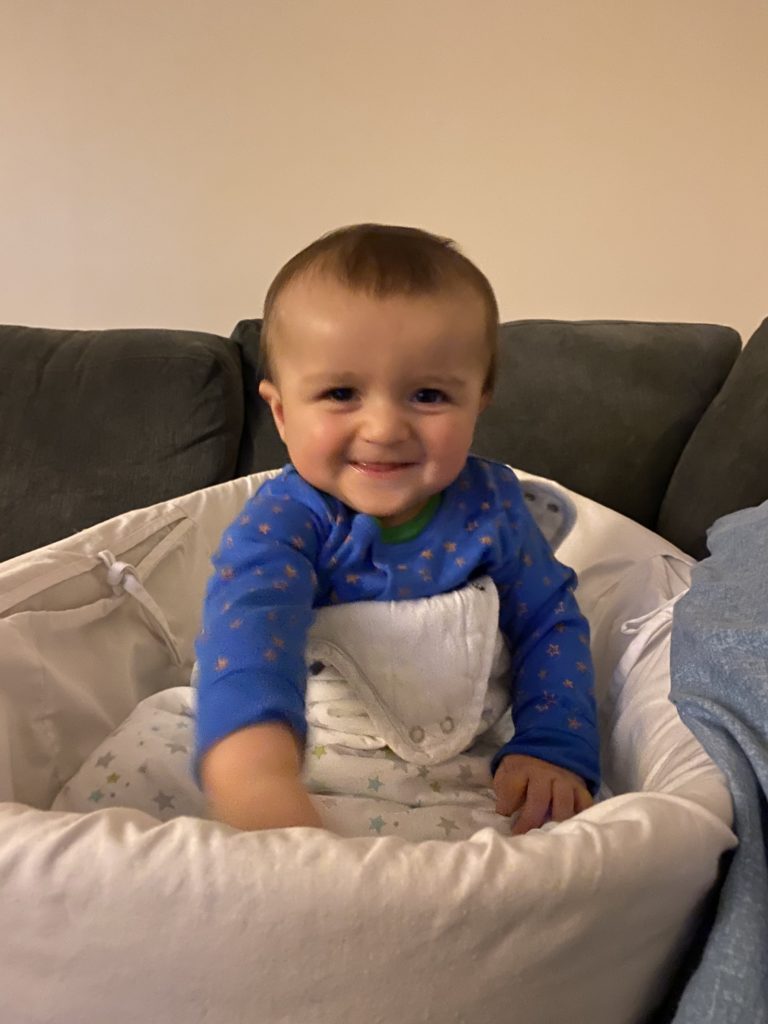 He loves to smile and is quite possibly one of the happiest babies in the world. 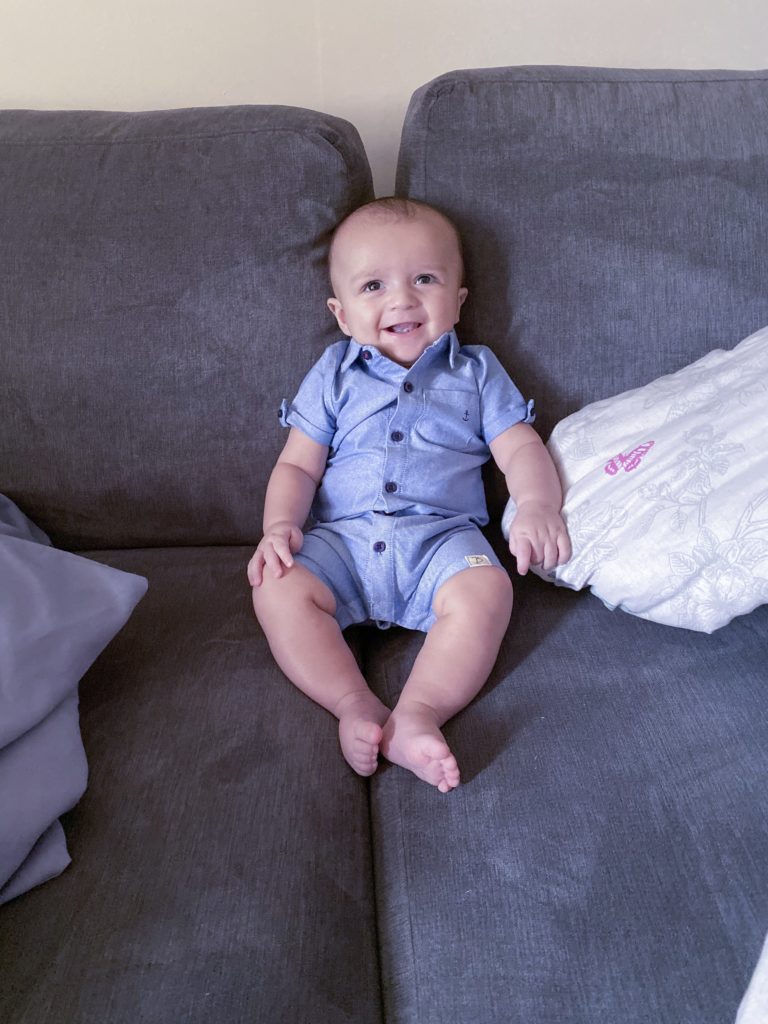 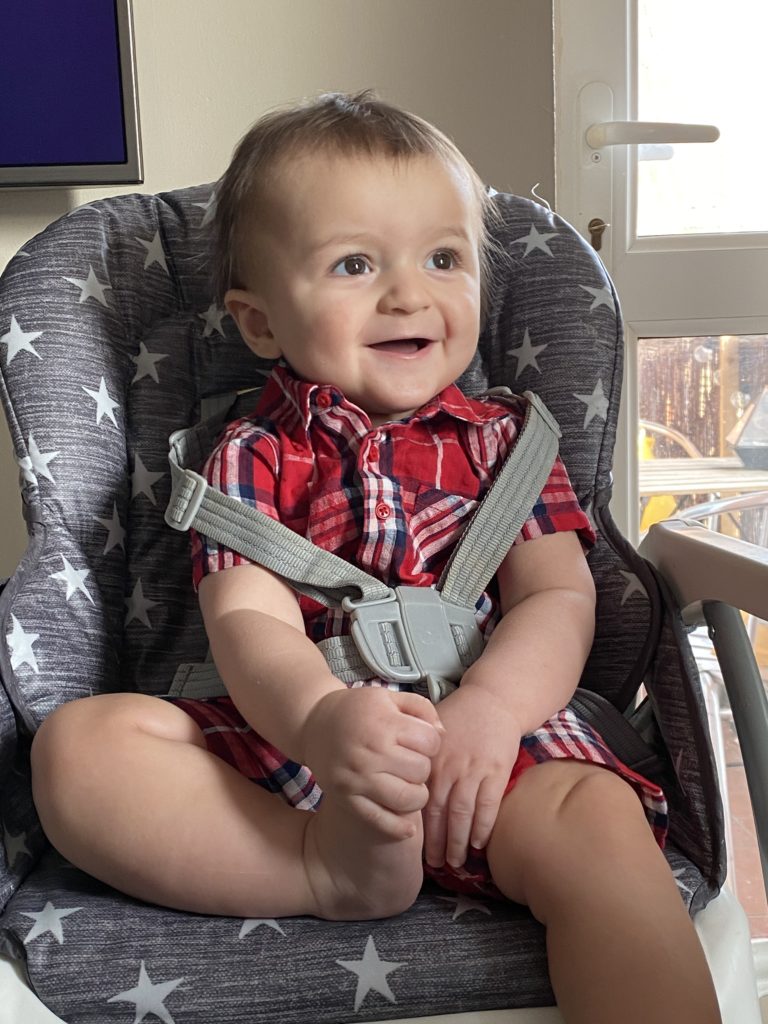 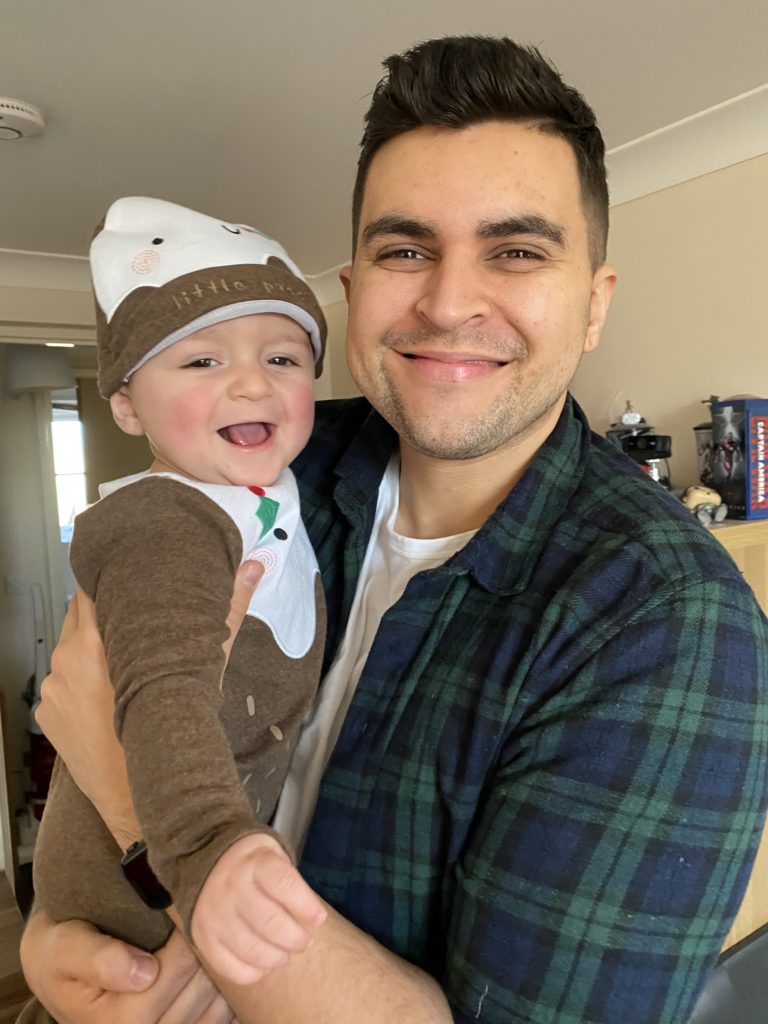 But this evening, after we read a couple of bedtime stories, and as I set him down in his newly-lowered “big boy” cot tonight, as the light show fills his room (thanks Matty!)  and dreams fill his little head, I can’t help but sit and stare at him for a while.

There is no way to describe the way a parent loves their child. I’d always been told that, but was still a troublesome teen growing up. Having Jackson has added perspective and context to rows I’d had with my parents growing up.

“It’s not fair”, I’d huff, “you don’t care about me” was another falsehood. Sitting and writing this, while looking at my perfect boy on the baby monitor makes me realize how much those flippant remarks must have hurt my parents.

Jackson’s arrival has made both Frankie and I feel closer to our respective families, as all of his grandparents, Aunties and Uncles ask for photos of him to brighten their day, or even better go out of their way to see him. We are so lucky, and he is so loved.

On top of that, so many of our friends (including his wonderful godparents) are always here for us. That first night we felt so lost, so bewildered, but we have so many people to thank for the wonderful nine months we’ve enjoyed so far.

It took me thirty years, but I think I finally know what I’m good at and what I’m meant for – being a Dad. It’s the best job I’ll ever have, and I wouldn’t change it for the world.

These nine months have been tough in places, but from now until forever,

I love you, Jackson Oliver-Thomas Coombes 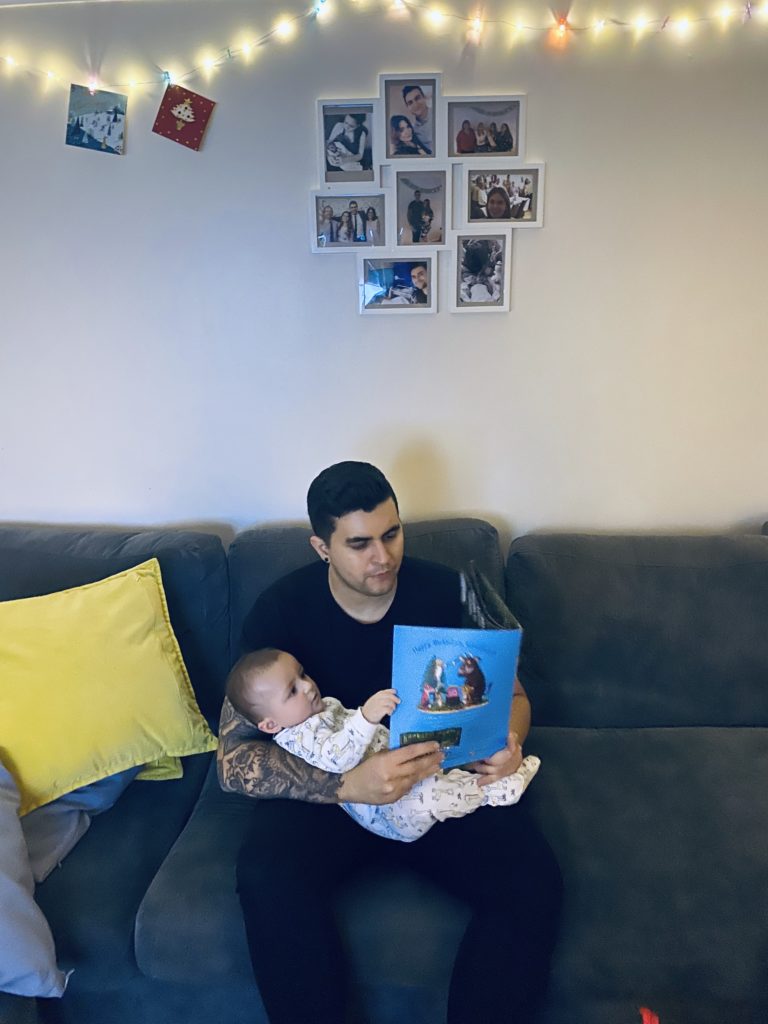